Please wait ...
Send an RFQ to
Please select an RFQ from your list, or create a new RFQ. 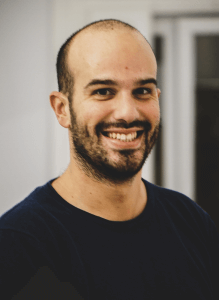 Codes & Standards
Eurocodes
Software Knowledge
Sap2000
Ideastatica
Robot SA
Abaqus
AutoCAD
Fagus
CAREER SUMMARY
I’ve studied Structural Engineering for quite some time, first in the MSc and then in the PhD, both in Técnico (IST), Lisbon. There I studied the buckling behaviour and progressive failure of FRP beams and columns using complex physically and geometrically non-linear analyses. The software used to simulate the experimental tests carried out in the university research lab was ABAQUS.

I started my 'mainstream' structural engineering carrer at Tetraplano Engenharia, back in 2013, where I was responsible for the development of numerical models and structural checking of dam support buildings and other hydraulic structures.

Next, I've gathered two other colleagues and we created STIN. Our market was mostly on small buildings and houses, and consultancy projects in the FRP structural field.

Currently, I work part-time as Structural Engineer for GRID International. They were involved in projects like the Allianz Riviera Stadium (Nice, France), the Third Bosphorus Bridge (Istanbul, Turkey) and the Grand Theatre de Rabat (Morocco), the latter of which I had the pleasure to work in.